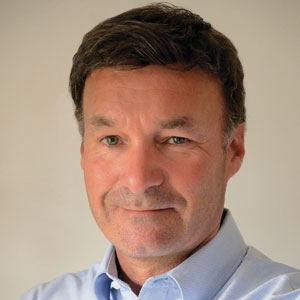 Our speciality is Revenue Driven Real Estate. We have been actively involved in all aspects of the Resort and Income Property market for over 25 years.

Mark Wilson has been actively creating, developing and selling real estate projects in the Canadian market for over twenty-five years.

Early in his career Mark became interested in acquiring and developing land in resort areas. In the mid nineties he identified an opportunity to develop a large parcel of land near the base of the Blue Mountain Resort. A deal was structured, finances arranged, and key alliances formed. The publicly traded resort operator Intrawest became a joint venture partner with Mark.  The science of creating and executing a unique sales and marketing program that resulted in record breaking sell-outs for the project, was an education that served Mark well in many future projects.

WHERE TO FIND US

At Mark Wilson Group, we identify high quality real estate in early stage growth areas and communities poised for continued expansion. We ensure that all investments have a high probability to provide a secure return of capital, high asset appreciation and consistent positive revenue flow.

The key aspects of our services are:

Collingwood is a town in Ontario, Canada, north of Toronto. Its harbour is in Nottawasaga Bay, the southern part of vast Georgian Bay. The city is a gateway to the Blue Mountain ski resort, with its downhill and cross-country trails. The town center is marked by the beaux arts–style Collingwood Federal Building. Nearby, the Collingwood Museum has exhibits on Collingwood Harbour's shipbuilding history.

Blue Mountain is an alpine ski resort in Ontario, Canada, just northwest of Collingwood. It is situated on a section of the Niagara Escarpment about 1 km (0.6 mi.) from Nottawasaga Bay, and is a major destination for skiers from southern Ontario. The local area forms the newly incorporated town of The Blue Mountains, Ontario. On average, Blue Mountain sells more than 750,000 lift tickets per year, making it the third-busiest ski resort in Canada, after Whistler-Blackcomb in British Columbia and Mont Tremblant in Quebec.[1] It is one of the largest resorts in Ontario and has been extensively built out, featuring 42 runs, 16 chairlifts and 3 freestyle terrains.

Established in 1941, the ski resort was later transformed into a year-round resort in 1977. From 1999 to 2007, the resort was under the majority-ownership of Intrawest. During its ownership, the resort underwent major renovations including the installation of high-speed lifts, and a new residential village at the base of the base of the resort. The resort is owned by Alterra Mountain Company after it bought Intrawest in 2017

Gravenhurst invites you to explore amazing landscapes, outdoor activities, events and our rich history.Lodge at one of the reputable resorts or experience the shops and attractions in Historic Downtown Gravenhurst or at Muskoka Wharf. Tee off at one of the world class Golf Courses or take a cruise on the Segwun - The oldest operating steamship in North America.Savour local flavours at one of Gravenhurst's many fine restaurants. From May to October visit the local Farmers' Market for fresh produce and other great items.

Orillia is known as Ontario's all-natural outdoor playground. Recognized as one of the premier outdoor recreation areas in Canada, Orillia is all about boating, swimming, skiing, walking, hiking, and cycling. But you can also expect much, much more.
Captivating museums and galleries, live theatre, events and festivals, and natural attractions and superior accommodations all combine to offer our visitors the ultimate recreational, cultural and experiential adventure.
Naturally, it's all here.

Explore a community that values its heritage and natural beauty by taking part in the Historic Walking Tour or visiting the Muskoka Steamships and Discovery Centre.

Thunder Bay is a city on Lake Superior, in northwestern Ontario, Canada. The Fort William Historical Park recreates an 1816 fur trading post. A trail leads to the summit of Mount McKay. Offering panoramic views, the Terry Fox Memorial and Lookout features a statue of the athlete and cancer research activist. On Sibley Peninsula, Sleeping Giant Provincial Park has trails, plus wildlife like moose and wolves.

All Brick Raised Bungalow With Over 2000 Sq.Ft Of Finished Living Space. One Of The Best Residential Area's In Barrie, Known As
Hollywoods. Easy Walk To The Beautiful Holly Recreation Center And Ardagh Woods Trail Network. Schools, Groceries And Cafe's Nearby.Fully Fenced
Backyard With Plenty Of Privacy And Deck Space For E....More details

Thriving Cottage Resort On The Shores Of The Popular Halls Lake! This Beautiful Resort Is Only 2.5 Hours From Toronto. Sandy
Beaches, Great Fishing And Swimming, Hiking And Biking Trails In Abundance And Right On The Hcsa Snowmobile Trail. A Year Round Operation.
Offering 16 Well Maintained And Winterized Cottages, All With Wood Bu....More details